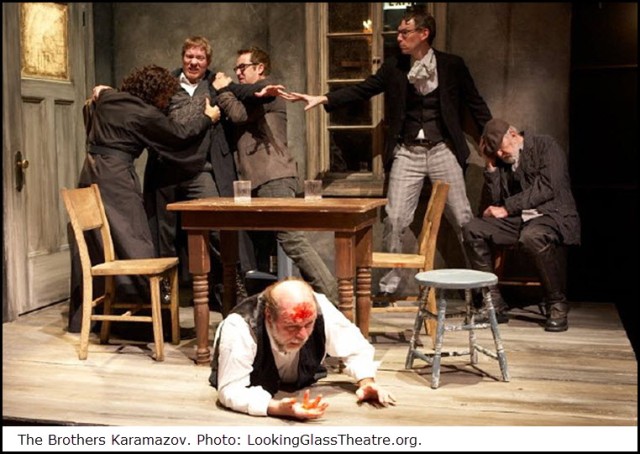 “If God does not exist, then everything is permitted.”

Dostoyevsky didn’t write exactly those words in The Brothers Karamazov, but he came pretty close. The character Ivan Karamazov says:

“For every person who believes neither in God nor in his own immortality, egoism, even to the point of evildoing, should not only be permitted but should be acknowledged as the necessary, the most reasonable, and all but the noblest result of his situation.” (p. 62)

In other words, if there is no ultimate moral authority, then the only authority is each individual’s will. Whatever he or she wants is permitted. The only question is whether or not it’s possible.

An old newspaper editor in my hometown made a similar observation:

“It is necessary to reverse the usual tenets of economic and technological determinism, which hold that material forces somehow dictate political relations, ethical values, and religious sentiments. What I am suggesting instead is a theological determinism: theology determines metaphysics, which determines political philosophy and institutions, which in turn determine the economic and technological organization of society.” (Freedom and Virtue, p. 90)

They were talking about morality and politics, of course. But it seems to me that their argument applies more generally.

One interpretation of belief in God is that reality does not depend on what we believe, wish, or want. Apart from a few events that we control, reality is shaped by a power beyond us. If we are monotheists, we think it’s a single power: God. Scientifically-minded atheists have a similar belief but without the theology: for them, the single power is physics.

Belief in objective reality is a natural consequence of monotheism. Polytheists believed that there were many gods who often disagreed, so reality could change abruptly and senselessly based on which god held sway at the moment. If that god wanted things a certain way, then that’s how they were. There was no single, stable reality. Everything was subject to the will of this or that god.

Hardly anyone is a polytheist anymore, but our time has its own kind of metaphysical anarchy:

“If God does not exist, then everything is not only permitted, but also possible.”

If God does not exist, then just as with polytheism, no single will imposes a natural order on the universe. The secular faithful believe that multiple wills shape our reality, but this time it’s not the wills of various gods. It’s the wills of various individuals, based on what they want, what they think is morally desirable, or whatever seems compassionate at the moment in a specific case. They make universal law based on idiosyncratic circumstance.

In other words, if there is no ultimate metaphysical authority whether God or nature, then the only authority is each individual’s will. Whatever he or she (or ze, ve, or it) wants is possible. The only question is whether or not religious conservatives will object to it.

The chaos-producing role of multiple gods has been taken over by the individual will. Its feelings, desires, and whims are imagined as having power to shape reality as each person wants it. If a person wants to change sex, then it’s not only possible but guaranteed to work out splendidly. If it’s morally desirable for hostile groups of people to live peacefully in the same society, then they most assuredly can. If there’s no quantifiable harm in marrying a horse, then why not do it?

The test of such fanciful beliefs is their success in practice. If we can improve society and increase human happiness by trading long-established concepts and institutions for anything-goes individualism, then it’s at least worth a try. But we should think carefully about the risks. A society, once broken, is difficult to repair. A mind, once distorted, can be difficult to heal.