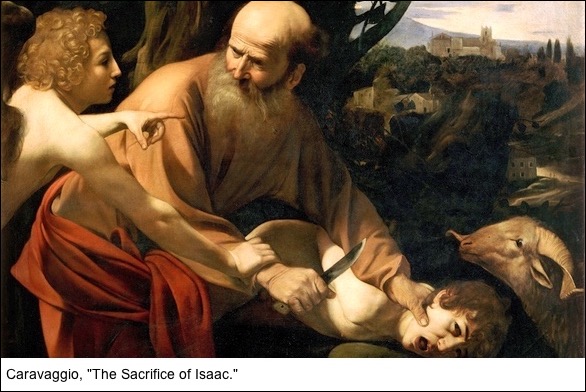 It’s a weird theory about the Torah. You’ve never heard of it. And it’s really a thing.

Of course, you’ve heard of other theories. The documentary hypothesis says that ancient editors assembled the Torah from four different sources, J, P, E, and D. Academic Bible scholars use it to explain inconsistencies in the facts, vocabulary, and style of different parts of the Torah.

And you’ve heard of Torah min Hashamayim: the theory that God dictated the entire Torah, including the Oral Torah, to Moses at Sinai. Rabbi Lord Jonathan Sacks gave a wonderful modern gloss on that theory:

“The idea of ‘Torah from Heaven’ was, even before it was explicitly formulated, far more than a belief about the origin of a text. It was a belief about the origin of a destiny. ‘Torah from Heaven’ did more than negate the idea that a people was the author of its own texts. It reversed it. It suggested that the text was the author of the people.” (Crisis and Covenant, but read it at the library, since it costs $300 on Amazon.)

Whether you agree or disagree with those theories, they make intuitive sense. But Julian Jaynes, an American psychologist, argued in the 1970s for a radically un-intuitive idea: that people in ancient times, including people described in the Torah, were not conscious.

That’s quite a stark headline to come out of a book with the ponderous title of The Origin of Consciousness in the Breakdown of the Bicameral Mind. Even so, it’s attracted interest and a surprising amount of support, including a few rabbis. I think he’s wrong, but his book is fascinating. He discusses the nature of consciousness, the neuroscience of his time (some now disproven), the evolution of language, and the development of civilization.

Jaynes noticed that the oldest ancient literature, including the Torah, seldom referred to anyone’s mental life. The gods commanded, and the people obeyed. Society was organized on the same lines. He argues that it both reflected and shaped how people thought: the “bicameral mind.” One part of the mind did the decision-making. Then it told the other part of the mind what to do:

“Volition, planning, initiative is organized with no consciousness whatever and then ‘told’ to the individual in his familiar language, sometimes with the visual aura of a familiar friend or authority figure or ‘god’, or sometimes as a voice alone. The individual obeyed these hallucinated voices because he could not ‘see’ what to do by himself.”

My first reaction was probably the same as yours: “That’s completely nuts.” But Jaynes does assemble evidence and make arguments. He notes that the oldest stories often have God or gods speaking to humans and telling them what to do. As the centuries pass, such apparitions become less frequent. Eventually, they disappear except for the visions of a few prophets.

And I must admit, it lends more plausibility to stories like the binding of Isaac in Genesis 22. Abraham hears a voice that tells him what to do, and he prepares to do it? That doesn’t make Jaynes’s explanation right, but it makes you think. Rabbi James Cohn thinks it’s right:

“Unable to disobey these voices, the inhabitants of ancient society acted according to the voice. This voice of God, or of the gods, was experienced as an externally heard voice, precisely as you hear the voice of a person with whom you’re having a conversation. Although the voice was a product of the individual mind, the culture of the time raised people to perceive the voice as externally produced.” (Minds of the Bible)

What changed? Here, Jaynes has more speculation than argument. He thinks that social chaos and the development of writing made people less reliant on hallucinated voices:

“This loosening of the god-man partnership by trade and by writing was the background of what happened. But the immediate and precipitate cause of the breakdown of the bicameral mind, of the wedge of consciousness between god and man, between hallucinated voice and automaton action, was that in social chaos the gods could not tell you what to do – or if they did, they led to death.”

It’s certainly not going to replace more mainstream theories of the Torah. However, it shines an interesting light on ancient history and our modern preconceptions of what people were like.