Maimonides and Keeping the Commandments 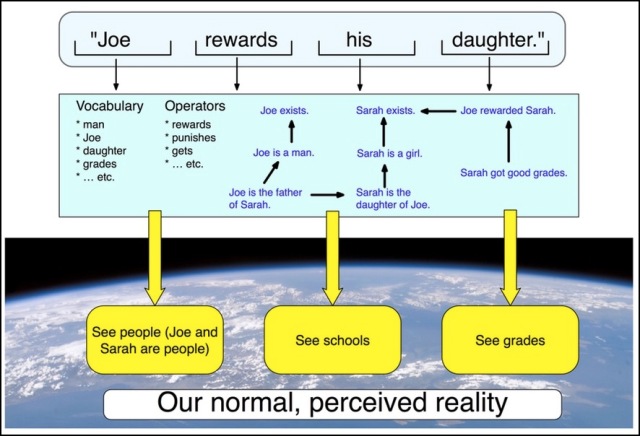 “God rewards those who perform the commandments of the Torah and punishes those who transgress its admonitions.”1

The Jewish sage Maimonides called that an essential tenet of our faith. But there’s something a little odd about it. Consider another belief that looks similar:

“Joe rewards his children if they get good grades and punishes them if they get bad grades.”

The second belief implies that certain things happen: If Joe’s children get good grades, he rewards them — possibly with a trip to Disneyland. If they get bad grades, he punishes them — possibly by taking away their smartphones and making them use gigantic antique phones from the 1990s.

If the rewards or punishments don’t happen, then the belief isn’t true.

What about the first example, that “God rewards those who perform the commandments of the Torah and punishes those who transgress them”?

No, we’re not. The belief is true. But it’s true in a different way than the belief about Joe and his children.

Our first clue is that we know it’s true in advance of observing anything, and we insist on its truth no matter what we observe. Whatever it is, it’s not a belief like “Joe rewards his children” that can be proven false.

Our second clue is related to the first. We use ordinary beliefs to predict reliably what will happen in the world. I believe that if I start from home and drive south on College Avenue, I will arrive at the grocery store. I can see the store, walk inside, and buy groceries. My belief helps me act successfully to achieve my goal.

So it’s a puzzle. Several approaches are available.

One approach is to take the belief as an ordinary factual statement. According to Maimonides, people who take that approach “accept the teachings of the sages in their simple literal sense … They believe that all sorts of impossible things must be.”2

In the Bible, Job’s friends take this view. They think that if Job suffered misfortune, then he must have done something bad to deserve it.

Maimonides himself thought this approach was partly right, since he believed that keeping the commandments promoted mental, spiritual, and physical health. But he didn’t believe that it would result in worldly rewards of other kinds.

Another approach interprets the statement in the same way, but rejects it as false because it’s inconsistent with human history and our own life experience. According to Maimonides:

“The second group is also a numerous one. It, too, consists of persons sons who, having read or heard the words of the sages, understand them according to their simple literal sense and believe that the sages intended nothing else than what may be learned from their literal interpretation. Inevitably, they ultimately declare the sages to be fools …”3

Spinoza falls into that group, as do many modern secular Jews.

The third approach is to assume that Jewish sages and the Torah do not always speak literally:

“When you encounter a word of the sages which seems to conflict with reason, you will pause, consider sider it, and realize that this utterance must be a riddle or a parable.”4

If “God rewards the good and punishes the wicked” is obviously false as a statement about life on earth, then by Maimonides’s reasoning, it must be a riddle or a parable.

To solve the riddle, let’s look at belief in a broader context.

Beliefs are tools. We hold beliefs because they’re helpful to us somehow. Just like tools in a household toolbox, we use different kinds of beliefs to do different things. We use one kind of belief to get to the store; another to feel good about ourselves; another to encourage moral behavior; and still another to feel secure because the universe makes sense.

The belief “God rewards those who perform the commandments …” has no obvious factual meaning corresponding to the words it uses. It’s an “interpretive belief:” not a statement about the world, but about how to interpret other statements.5

It helps us declare our faith that there is a moral order in the universe, and commit ourselves to live by that order. It helps us endure the misfortunes that sometimes afflict everyone’s life.