What Must We Believe? 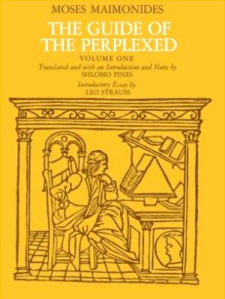 Are certain beliefs required to be a Jew in good standing?

Moses Maimonides says yes. Moses Mendelssohn says no. (And yes. And no. Mendelssohn was all over the map on that issue.)

Among religious Jews, Maimonides is known for The Mishneh Torah, which systematizes and codifies Jewish law. But almost everyone knows about the Thirteen Principles of the Jewish Faith he listed in his introduction to Talmud Sanhedrin, Chapter 10.

Maimonides’s principles include the belief that God exists, that He is one, incorporeal, eternal, and the only proper object of worship. There are eight other principles. He says:

“If a man gives up any one of these fundamental principles, he has removed himself from the Jewish community. He is an atheist, a heretic, an unbeliever … We are commanded to hate him and to destroy him.1

That certainly sounds like they’re required beliefs. But a couple of odd things are going on with them.

The first odd thing is that most Jews have never and will never hold the beliefs exactly as Maimonides describes them; nor would most people even understand what he’s talking about.2

Consider his explanation of the first principle, belief in God:

“There is an Existent complete in all the senses of the word ‘existence.’ He is the cause of all existence. In Him all else subsists and from Him derives. It is inconceivable that He not exist, for should He not exist the existence of all else would he extinguished, and nothing could persist.”3

As an aside, some people might detect a hint of Spinoza’s pantheism in that passage: “In Him all else subsists and from Him derives.” If you read both Maimonides and Spinoza carefully, it’s interesting to try to find the differences between them apart from the fact that Maimonides was loyal to Judaism and Spinoza was (with some justification) hostile.

The second odd thing is that by Maimonides’s own philosophy, neither he nor anyone else is capable of believing in God. In The Guide of the Perplexed, he says that belief is

So to believe anything, we must be able to represent it accurately in our minds. But according to Maimonides, we can’t do that with God:

“His essential attributes, may He be exalted, in the existence of which they believe, must not be like the attributes of other beings … Similarly the terms ‘knowledge,’ ‘power,’ ‘will,’ and ‘life,’ as applied to Him, may He be exalted, and to all those possessing knowledge, power, will, and life, are purely equivocal, so that their meaning when they are predicated of Him is in no way like their meaning in other applications.”5

But Maimonides in fact believed in God, and he even insisted on it as an essential belief of Judaism. Was he simply contradicting himself?

No. He was equivocating.

The answer came six centuries later from Moses Mendelssohn. As much as Spinoza, Mendelssohn believed in Enlightenment-era rationalism, but like Maimonides, he was loyal to Judaism and the Jewish people.

When an anonymous writer challenged him to defend Jewish beliefs and implicitly to attack Christian beliefs, Mendelssohn knew it wouldn’t change anyone’s mind but would provoke hostility on both sides. So he made a bold move: He denied that Judaism had any required beliefs:

Judaism knows of no revealed religion in the sense in which Christians understand this term. The Israelites possess a divine legislation—laws, commandments, ordinances, rules of life, instruction in the will of God as to how they should conduct themselves in order to attain temporal and eternal felicity. Moses revealed to them propositions and prescriptions of this kind in a miraculous and supernatural manner, but no doctrinal opinions, no saving truths, no universal propositions of reason.”6

Partly, Mendelssohn was just evading a debate that he didn’t want to have. It makes no sense to follow Divine commands unless you believe there’s a Divine who issued them. If you think you’re following God’s law, then you logically must believe in God. And Mendelssohn was no dummy. He knew exactly what he was arguing.

But Mendelssohn’s position makes a lot more sense when we look at it in light of Maimonides’s predicament six centuries earlier. He thought that belief was mental representation, and we couldn’t do it with beliefs about God. He also thought we were obliged to believe in God. And he thought that he did believe in God. So did Mendelssohn — who thought, revealingly, that Judaism had no required beliefs, only required actions.

If Maimonides and Mendelssohn couldn’t mentally believe in God — because it was impossible — then what could they do? They could state their belief in words derived from the Torah, follow the law, and respect the rabbinic tradition — in other words, they could act in certain ways.

So they were both right, even if Maimonides was equivocating and Mendelssohn was ducking an argument.

Belief in God does not require us to comprehend the incomprehensible. If that were true, nobody would believe in God and we’d all be Richard Dawkins.

It requires only that we live and behave by our best understanding of God and the laws He has given us. It requires that we act honorably, with love and justice, with due respect for our tradition, with humility before the Divine mysteries we cannot understand, and with loyalty to the Jewish people. The angels can do no more.

Pines, S., translator (1963), The Guide of the Perplexed. University of Chicago Press, Chicago.

N.S. Palmer is an American mathematician.
View all posts by N.S. Palmer →
This entry was posted in Epistemology, Jewish Philosophy, Judaism, Modern Orthodoxy, Philosophy, The Times of Israel and tagged Beliefs, Guide of the Perplexed, Maimonides, Mendelssohn, Nature of Belief, Required Beliefs, Spinoza. Bookmark the permalink.