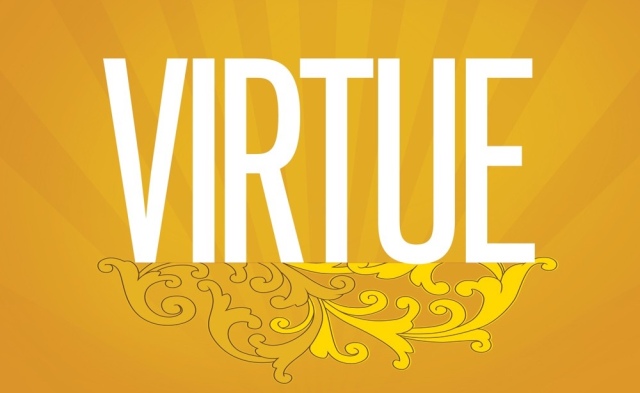 Virtue has kind of a bad reputation these days. People think it means being prudish or acting superior to everyone else.

But real virtue just means behaving in ways that help you, other people, and society. It supports human happiness and well-being.

In the same way as we can practice tennis, we can practice virtue. The more we practice it, the more natural and automatic it becomes for us. We get better at it, and doing the right thing becomes easier.

When he was a young man, American Founding Father Benjamin Franklin (1706-1790) made a list of 13 virtues that he wanted to practice. His goal was daunting:

“I wished to live without committing any fault at any time … But I soon found I had undertaken a task of more difficulty than I had imagined.”

Franklin spent the rest of his very busy life to get better at the virtues on his list. The only one he found difficult was humility. He wrote that as soon as he got better at it, he felt proud of himself and therefore lacked humility. He listed the virtues in his Autobiography:

It’s a challenge for anyone to try living by Franklin’s list of virtues. Doing it perfectly is impossible. But life isn’t about being perfect, it’s about getting better. Just like Benjamin Franklin, we can work on the areas we need to improve. If we do it, we can be happier and can make the world a better place.