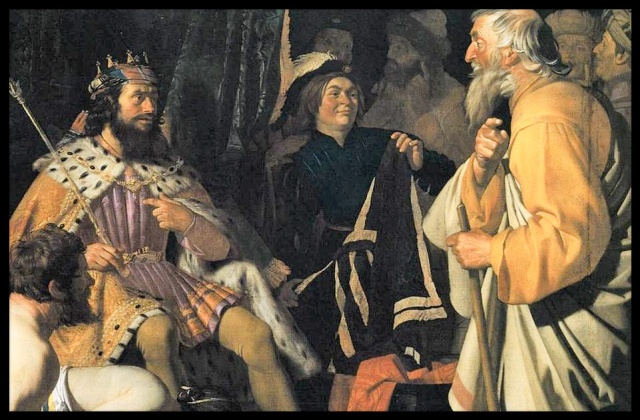 Empiricism is the idea that beliefs should be based on observable evidence. It’s one of the main reasons that our civilization has been successful.

Empiricism has given us science, medicine, and technology. It’s given us choices and luxuries that people in previous centuries couldn’t even imagine. It’s enabled us to reduce extreme poverty around the world.

Even so, you can take it too far. Philosophers sometimes joke that “empiricists never have a nice day.” Empiricists can’t know if their day is nice until they get all the evidence. But by that time, their day is over and they don’t have it anymore.

The Ancient Greek historian Herodotus told a more serious version of the joke. In his Histories, he wrote about an encounter between the great Athenian lawgiver Solon and the Lydian King Croesus, who was the richest man of that era.

Croesus asked Solon who he thought was the happiest man in the world. Obviously, he expected Solon to answer “you are.”

But Solon surprised him by saying the happiest man was Tellus of Athens, an obscure person. When Croesus asked why, Solon replied:

“Because his country was flourishing in his days, he had good sons, he lived to see children born to each of them, and these children all grew up. And further because, after a life spent in comfort, his end was surpassingly glorious. He defended his country and died on the field most gallantly. The Athenians gave him a public funeral on the spot where he fell, and paid him the highest honours.”

He explained that their mother had to travel to a religious festival six miles away, but the family’s oxen weren’t available. Cleobis and Bito yoked themselves to her carriage and pulled it to the festival as fast as they could run. Once inside the temple, the mother prayed to the goddess to bestow on her sons “the highest blessing to which mortals can attain.” And then:

“Her prayer ended, they offered sacrifice and partook of the holy banquet, after which the two youths fell asleep in the temple. They never awakened, but so passed from the earth. The Greeks, looking on them as among the best of men, caused statues of them to be made, which they gave to the shrine at Delphi.”

Croesus was furious. Here he was, the richest man on earth, and he didn’t even make the top two? He demanded an explanation. Solon replied:

“Human life is subject to the vagaries of chance. The longer the span of one’s existence, the more certain he is to see and suffer much that he would rather have been spared. Right now, you are fabulously rich and king of a great number of people. And yet for all that, I will not be able to say [that you were happy] until I have learned that you died contentedly.”

So it’s true: there are some things we can’t know until all the evidence is in hand.

But at other times, we need to get out ahead of the evidence.

We can’t control “the vagaries of chance,” but we can control how we handle them. We can choose to be as happy as our circumstances permit. We can look for ways to turn adversity into advantage. We can work to improve ourselves. And most of all, we can have faith in the essential goodness of the universe. Even if we don’t see how, things will work out.

Don’t always be an empiricist. Make the right choice. Be happy now.

Check out my new book Why Sane People Believe Crazy Things: How Belief Can Help or Hurt Social Peace. Foreword Reviews called it “intriguing and vital to living.”