Organizing the Bible and the Talmud 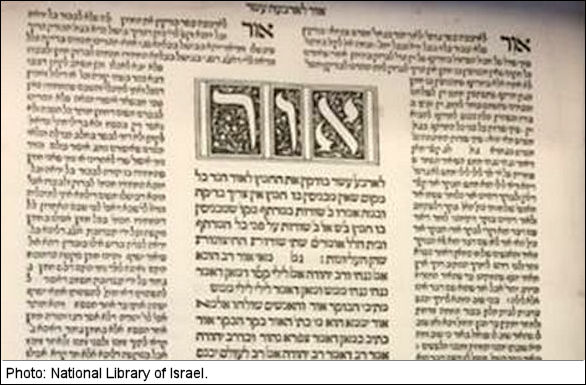 Do you know what it says in the Book of Deuteronomy, Chapter 8, verse 3?

Unless you’re a rabbi or a savant, you probably don’t. Neither do I. But we know how to look it up. We just open the Torah, turn to the Book of Deuteronomy, and flip to Chapter 8, verse 3.

In ancient times, people couldn’t do that. There were no chapters or verses in the Bible.

If you wanted to refer to a passage, you just quoted it and hoped that your listeners knew its origin. You might have told them which book of the Bible you were talking about, but that was as much as you could do.

People needed a certain level of Biblical literacy to understand what you were talking about. Some of them, like most people today, just didn’t have it. They were left out of the conversation.

That got easier in the 13th century CE, thanks to the efforts of Stephen Langton, who was the Archbishop of Canterbury in England. He worked through both the Tanakh and the Christian scriptures, and divided the text into the chapters and verses we (both Jews and Christians) use today. Now, if we want to refer to a Bible passage, we need only give the book, chapter, and verse.

Langton is better known in history for his role in forcing King John to sign the Magna Carta, which limited the powers of the king and gave rights to the people. Back then, “the people” meant mainly the landed nobility. However, the idea evolved over the centuries to mean that ordinary people had rights the government should not violate.

Despite his scholarship, Langton’s parsing of the Biblical text is not perfect. One strange division occurs between the two creation stories given by the Book of Genesis. The first creation story occupies all of Chapter 1 and the first three verses of Chapter 2. It has a cosmic viewpoint and refers to God as “Elohim.”

The second story occupies the rest of Chapter 2 and Chapter 3. It has a ground-level viewpoint and adds the Tetragrammaton to God’s name. Langton knew it, but for some reason decided not to put the chapter break at the end of the first story.

The Talmud also benefited from Gentile assistance. The page layout we use today originated in the 16th century with a Catholic printer in Venice, Italy. Before then, the text of the Talmud and the text of commentaries often appeared in separate documents copied by hand. That made it more difficult to flip between them for reference and study.

Venice did not allow Jews to own printing presses, so we had to depend on Christian printers to print the Talmud and other books. Daniel Bomberg, a Christian printer from Belgium, printed a complete edition of the Babylonian Talmud and used the layout that is now familiar. The Talmud text is the middle column, Rashi’s commentary is on one side of it, and additional commentaries (Tosafot) are on the other side.

2 Responses to Organizing the Bible and the Talmud