The Wisdom of James Bond 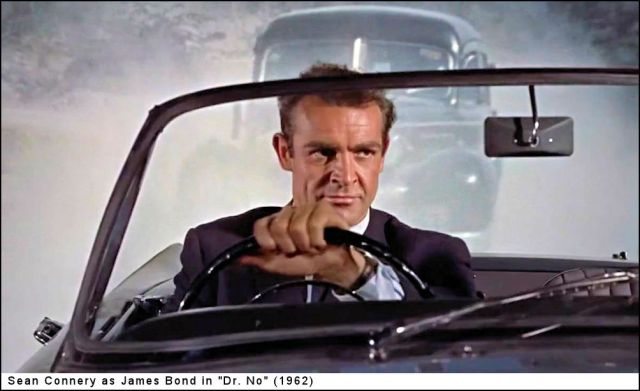 “You only live twice:
Once when you are born,
And once when you look death in the face.”
— James Bond

“James Bond” is now a movie franchise, just like “Star Wars” was. But it started out as a series of novels by British author Ian Fleming (1908-1964).

Fleming had been a Naval intelligence officer during World War II, after which he was assigned to Moscow. James Bond was Fleming’s alter ego: a bit of what he was, and a lot of what he wanted to be.

But even as the novels gained worldwide popularity — boosted by praise from President John F. Kennedy — Fleming was getting bored with the character. He planned to write You Only Live Twice as Bond’s final adventure.

In the previous book, On Her Majesty’s Secret Service, the hard-edged Bond had fallen in love and married Tracy Draco. On their honeymoon, Tracy was murdered by one of Bond’s enemies.

At the beginning of You Only Live Twice, Bond is an emotional wreck. He’s on the verge of getting fired. His boss decides to give him one last chance: a mission that is crucial but considered impossible. Eventually, the villain of the story turns out to be (you guessed it) Tracy’s murderer. Bond completes his mission, but at the cost of his own life:

“What was it all about? Bond didn’t know or care. The pain in his head was his whole universe. Punctured by a bullet, the balloon was fast losing height. Below, the softly swelling sea offered a bed. Bond let go with hands and feet and plummeted down towards peace, towards the rippling feathers of some childhood dream of softness and escape from pain.”

Both fans and Fleming’s publisher were aghast at Bond’s death. They persuaded Fleming to add a final chapter in which Bond survived. But the novel originally ended with Bond’s obituary in The Times newspaper:

“A senior officer of the Ministry of Defence, Commander James Bond, C.M.G., R.N.V.R., is missing, believed killed, while on an official mission to Japan … May I suggest these simple words for his epitaph? Many of the junior staff here feel they represent his philosophy:

‘I shall not waste my days in trying to prolong them. I shall use my time.'”

That’s a dilemma we all face every day: the tradeoff between living safely and just plain living. As James Bond knew, human life is more than just having a pulse, even if a pulse is a very nice thing to have.

It’s a dilemma that we’ll need to solve in the next few weeks, both as individuals and as societies. How we solve it will depend on — and will reveal — who we are.

1 Response to The Wisdom of James Bond