How to Think About Transgenderism 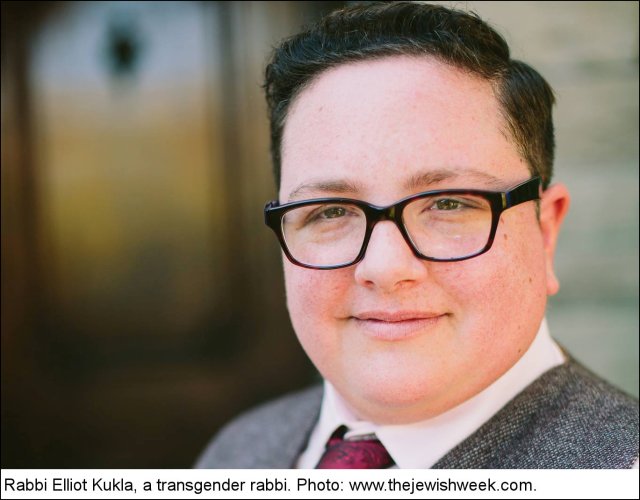 In a scene from an old Monty Python movie, a mother has just given birth. She asks the doctor, “Is it a boy or a girl?” He replies, “I think it’s a bit early to start imposing roles on it.”

Back in the 1980s, that was a joke. Today, it’s a reality. Now that gay marriage is a settled issue, “transgender” is the new cause célèbre. And Jewish or Gentile, most people still aren’t quite sure how to understand it.

Reform Jews are on board because it seems compassionate. Orthodox Jews aren’t sure how it squares with Torah. Conservative Jews are having an anxiety attack from acute ambivalence.

As almost everyone knows by now, transgender people say that their feelings about what they are do not match the biological sex of their bodies. Is that a real thing? Is it moral? Is it psychologically healthy, or is it a mental illness?

I’m neither a Rabbi nor a Posek, but I can tell you a few things that are relevant.

The first and most important is: All people are children of God. Whether or not we agree with them, we must treat them with respect, kindness, and consideration.

Transgenderism is confusing partly because it complicates our conceptual scheme for understanding the world. On this point, the Jewish sage Saadia Gaon can give us some insight. He thought that belief was an accurate representation of a reality outside the mind of the believer:

“A true belief consists of believing a thing to be as it really is; namely, that much is much, and little is little, and black is black, and white is white, and that what exists exists, and what is non-existent is non-existent.”1

In order to believe “that things are as they really are,” we need clearly-defined concepts. A whole number is odd or even. A light switch is on or off. A dog is not a cat. If you’re confused about any of those things, then your confusion is easy to resolve.

Until recently, “male” and “female” were considered perfectly clear. Unless you were physically deformed, you had to be one or the other. You might be gay or straight, average or weird, an effeminate man or a masculine woman, but you were still male or female. There was no third option. Judaism in particular is what computer programmers would call “strongly typed,” in that its tradition and even the Hebrew language strictly adhere to a two-sex conceptual scheme.

Transgenderism rejects that conceptual scheme, throwing the doors open to all kinds of new variations: transgender, genderqueer (which seems to have several different meanings), and over 50 other sexual categories.

That challenges our traditional ways of looking at the world. Such challenges tend to provoke a hostile response. We identify our ideas with ourselves. If someone rejects our ideas, we often feel as if we have been attacked. It’s a major cause of hostility toward transgender people, and it has no particular connection to transgenderism.

One of the fictions of our era is that men and women differ only in their reproductive organs. It’s not true. Male and female brains differ in a variety of ways. Those differences tend to affect how they perceive and feel about the world, as well as the areas in which they are specially talented. On average, their bodies differ greatly as well.

Relevant to transgenderism is this: Whether we have male (XY) or female (XX) chromosomes, the sex of our brains is greatly influenced by the hormones to which we are exposed in our fetal development. As a result,

”It is possible to have genetic males with female brains and genetic females with male brains.”2

Some people who think they’re transgender are probably in that situation. Their brains tell them they’re a sex different from their bodies. What to do about it is a separate question.

Masculinity and femininity, like most human traits, are normally distributed. That’s a statistical concept meaning that the degrees to which different people are masculine or feminine cluster in a specific way around an average value. Sixty-eight percent of people are close to the average: they’re “normal.” Ninety-five percent are somewhat close to the average. Ninety-nine point seven percent are at least within driving distance of the average. That leaves three-tenths of one percent of the population.

Of the 0.3 percent, half are either very masculine males or very feminine females. That leaves 0.15 percent who are the transgender people. Their psychological makeup is almost entirely like that of the opposite sex. In a population of 100 million, you would have about 150,000 transgender people and 99.85 million who are not transgender.

Should the 99.85 million change their sexual concepts to accommodate the 150,000? That’s above my pay grade to answer, but it’s a legitimate question. Conventional sexual categories work well for most people. Having 50-plus sexual categories works less well for them. It’s a “judgment call” that each society might make through the democratic process.

There’s one way in which transgenderism is especially interesting. Until the late 1960s, it was legitimate to call transgenderism a “mental illness,” but it can no longer be called that.3

Why? A reasonable definition of “illness” is that it’s a biological or psychological condition “adversely affecting a person or group of people.”4 Until the development of sex-change surgery, transgendered people were condemned to suffer without being able to do anything about it. They were ill. Now, they have a “cure.” They can do something about it.

If they are physically and psychologically healthy after changing their sex, they are still transgendered but no longer ill. Technology has changed the status of transgenderism. It is no longer an illness.