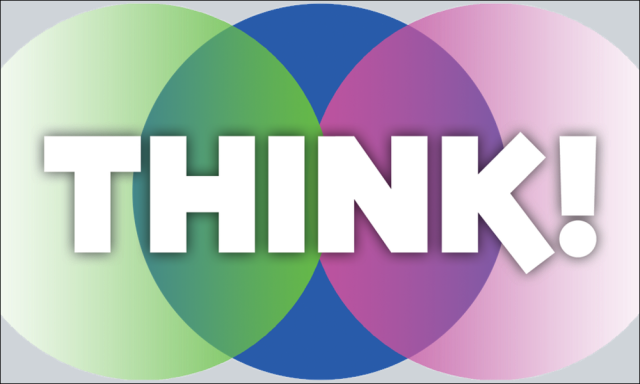 The American philosopher John Dewey argued that for most people, most of the time, thinking is a last resort. They only think when a problem or obstacle blocks their path.

And he wasn’t wrong. Most of the time, we live on autopilot. We do either:

That thoughtless approach to life works okay when our actions are helpful or harmless. But when our actions cause harm — especially long-run harm that won’t show up until later — we need to stop and think.

Our degenerate culture boasts many examples, but one of the most obvious is subjecting children to gender ideology, such as the idea that sex is “assigned at birth” rather than a natural biological feature.

Yes, I know we’re supposed to say “gender” instead of “sex” to keep the alphabet people from throwing a tantrum. But “gender” as applied to humans is a misleading anti-concept that’s used to obscure the legitimate concept of biological sex. It’s easier to deceive and manipulate people when no one can be sure of what anyone else is talking about.

But I digress. It’s hard for people to recognize insanities of their own societies because they themselves live in the insane asylum.

“When my wife and I lived in Beijing in the early 1930s, all women of middle age or over had bound feet, stumping about awkwardly on their heels as though the front sections of their feet had been amputated …

Imagine yourself a girl child who — for some six to ten long years, beginning at age 5 to 8 and lasting until 13 or 15, the years of your childhood and getting your growth — has her feet always bound in long strips of  cloth night and day with no letup in order to deform them …

Under this constant pressure your arches have gradually been broken and bowed upward so only the back edge of your heels can support your weight … The result is that you will never run again and can walk on the base of your heels only with difficulty. Even standing will be uncomfortable.” (China: A New History, Chapter 8; Harvard University Press, 2002)

Mothers had suffered through it as children, so they did it to their own daughters because it was just “the thing to do.” They didn’t think about it, any more than many Americans think about the cruelties and insanities that they embrace as normal or at least acceptable.

By the 20th century, China had abolished foot-binding. But the Chinese now look back with shame and horror at a practice that their society once considered sane and normal.

How will people in the year 2100 view our own era? Will they gasp in horror at the atrocities we were willing to commit for wokeness and its unholy trinity of Diversity, Inclusion, and Equity (DIE)?

We don’t have to wait until 2100 to find out. We can start thinking now.

We can insist on clarity and proof. We can question authority. We don’t have to believe whatever we’re told by people on television just because they’ve got expensive suits and bodyguards. We don’t have to let social media giants manipulate us.

Let’s not, in our old age, look back in shame that we failed to reject the evils of our era.

Let’s instead look back with pride that we fearlessly sought the truth, and then acted on it.