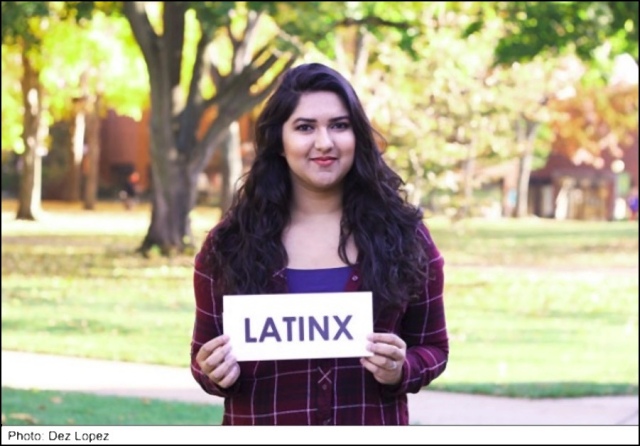 What the heck is that? I see the word a lot lately.

I finally figured out why media people have started using it. A Latino is a male Hispanic. A Latina is a female Hispanic. The words look like they apply only to Hispanics from Latin America, not from Spain. Dunno. Maybe.

So “Latinx” is an English word that means Hispanic. It’s used when you either don’t want to specify the person’s sex or you believe in the reigning orthodoxy that sex doesn’t matter (Fallon Fox undoubtedly agrees). It’s very chic.

Hispanics often have more common sense than norteamericanos, so I’ll be surprised if they abandon gendered pronouns in Spanish such as “él” (he) and “ella” (she). They do have some gender-neutral words: you can say “alguien” to mean “someone” if you don’t want to specify the person’s sex, and use “alguno” or “alguna” if you do. However, nouns are gendered: a doctor is still un médico if male and una médica if female. A policeman is un policia and a policewoman is una mujer policia (a woman policeman).

4 Responses to X Marks the Spot