Can We Measure the Quality of Debates? 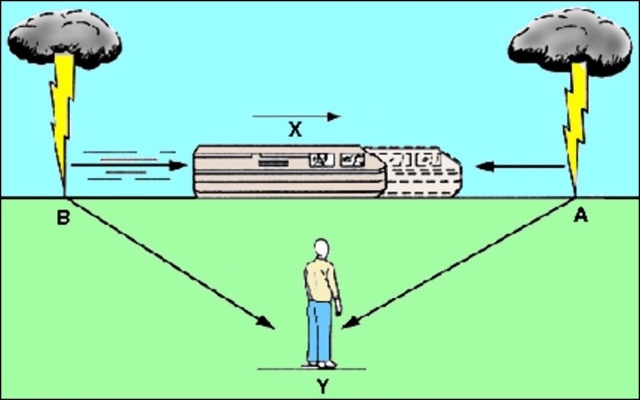 As an undergraduate mathematics major, I had to take three semesters of statistics.

I’m pretty good at mathematics, but statistics is a different animal. To adapt the famous last words of English actor Edmund Gwenn, “Mathematics is easy. Statistics is hard.”

I’ll say another thing about Professor Impossible’s plus side. Even though his courses were an ordeal, if you could make it through them, you learned a hell of a lot about statistics.

Anyway, one concept in statistics is operationalization: figuring out how to measure things so that you can compare them.

Interestingly (if you’re a nerd), Einstein came up with his theory of special relativity partly by operationalizing the idea of two things happening at the same time.

But I digress. Most current political arguments are pointless and stupid. That’s one thing on which everyone can agree.

Could we operationalize the idea of debate quality? Is there a way to measure how much of a discussion is productive argument and how much is just a shouting match?

One way would be to award points for positive moves and subtract them for negative ones.

For example, if someone in the argument states a belief clearly, add a point. If someone commits a recognized logical fallacy, subtract a point.

Of course, that kind of measurement is itself vulnerable to bias. Everyone would need to agree about how to identify clear statements of belief. They’d also need to agree on an oracle to identify logical fallacies and other errors.

And there’s one other error we’d need to avoid. It’s a verrry tricky one. The purpose of politics is to get things done, preferably (though often not in practice) good things. That requires persuading people to believe or act in certain ways.

Humans can think, but also have emotions that make us more than mere robots. Even smart people are often persuaded more effectively by appeals to emotion than by facts and logic.

In theory, it sounds nice to live in a world where only facts and logic matter. But would we really want it — a world where human happiness or suffering didn’t matter as long as we got the facts and logic right? I don’t believe that we would. Even the fictional planet Vulcan only pretends to be like that, since its inhabitants seethe with repressed emotions.

So I suppose the solution, if there is one, is mainly to be aware of what’s going on in our arguments.

If we can identify when people state their viewpoints clearly, offer valid arguments or fallacies, and appeal to emotion, then we can make informed decisions about what counts more than what. Sometimes, we’ll go with facts and logic. Other times, we might decide that an emotional appeal outweighs everything else, but at least we will know what we’re doing. And more often than we might like, we’ll still have no idea of the right answer, so we’ll just make our best guess and hope it works.

But the first step is to know what we’re doing and why. At least then, we’ll have a better chance of getting it right.

Check out my new book Why Sane People Believe Crazy Things: How Belief Can Help or Hurt Social Peace. Foreword Reviews called it “intriguing and vital.”