Facing Up to Evil 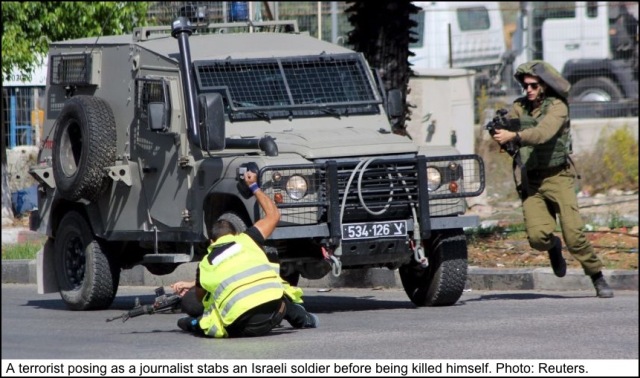 The devisings of man’s mind are evil from his youth …
— Genesis 8:20

Each day, more attacks. Each day, more innocents killed. The victims are usually not soldiers. They are fathers, mothers, teenagers, children. They are walking, on bicycles, on buses, in cars. Just living their lives. No threat to anyone. The threat is to them.

The terrorists do not seem to be organized. For the most part, they are young — over half under 20 — and are not members of terrorist groups. If the attacks were organized, they would be easier to stop.

In the face of such evil, it’s easy to give in to anger or despair. Neither is helpful. Both in Israel and in the diaspora, we should keep in mind what we can do and what we can’t do.

What We Can’t Do

There are some things we can’t do. Because they are outside of our control, we should try not to worry about them:

As individuals and private citizens, we only indirectly influence what our governments do. We should try to make our opinions known to those in authority, but we should not agonize emotionally about what they decide.

Perhaps the Israeli government should take Machiavelli’s advice that “it is safer to be feared than to be loved;” or perhaps more conciliation is needed. In either case, we are not the ones who will make that decision.

Almost all biological creatures are territorial, and they get aggressive when they feel that their territory is threatened. Human beings are no exception.

Both Israelis and Arabs believe that the land of Israel and the Temple Mount are theirs by right. Unless they compromise, conflict is inevitable. The question of who has the better claim is not the issue. Each side believes it has the better claim, and is not going to change its mind.

We can wish that everyone would be peaceful and reasonable, but it’s not going to happen. Wishing for what can’t happen is a waste of time.

We cannot control what other people decide to do.

We control only what we decide to do. Worrying about what other people should do is pointless. They will do whatever they do. We should focus on what we are going to do. As long as we are trying to do the right things, we are taking care of what we can do. What others do is up to them. We hope that they will make the right decisions.

What We Can Do

There are also some things we can do. They are not easy, but they will help us, our people, and our societies:

We can stay rational.

Terrorist attacks try to provoke an emotional and unproductive response. Hatred clouds our judgment and increases the probability that we will do the wrong things.

We can accept that life always involves risk.

It is impossible to reduce that risk to zero. We should not let fear of terrorism rule our lives.

We can try to treat all people with respect and consideration.

As long as other people don’t pose a threat, they are entitled to the same respect and consideration as anyone else. If we assume that all members of other ethnic or religious groups are our enemies, and we treat them that way, then the terrorists have succeeded.

But: We can exercise reasonable caution.

Let’s try to treat everyone fairly, but not at the expense of our own safety. If we think we might be in danger, or if a situation just doesn’t feel right, then we should take steps to protect ourselves, either by withdrawing or alerting the authorities. If we can do it without causing offense, that’s better; but we shouldn’t risk death to avoid hurting someone’s feelings.

Hillel advised, “That which is hateful to you, do not do to your neighbor.”

We should follow that advice whenever it’s reasonably possible. But Hillel also said, “If I am not for myself, who will be for me?”

N.S. Palmer is an American mathematician.
View all posts by N.S. Palmer →
This entry was posted in Judaism and tagged Israel, Palestinian, Temple Mount, Terrorism. Bookmark the permalink.