Show Up for the Future 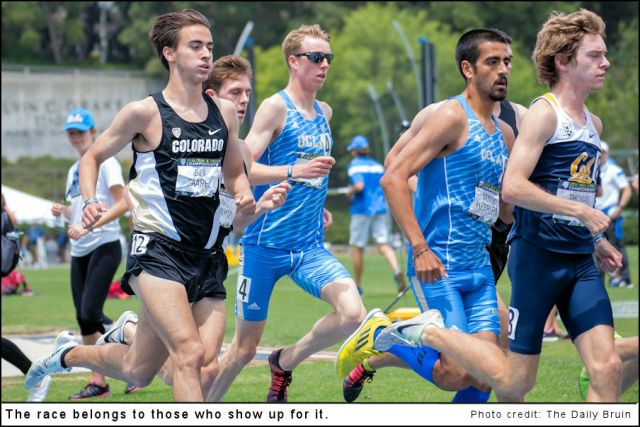 The future belongs to the people who show up for it.

It’s as simple as that.

I can’t tell you what will happen with the Covid-19 virus. But I can tell you that fear is at least as deadly as the virus.

Most of the problems we’re seeing right now aren’t caused by the virus. They’re caused by fear.

What does the future hold? We don’t know. But that was also true last year, and the year before that. We weren’t afraid then. Why should we be afraid now?

It’s relevant, so let me tell you how I got a varsity letter as a high-school cross-country runner.

I wasn’t very athletic and was about 40 pounds overweight at the start of the cross-country season. The only reason I was even on the team was that my school required all students to participate in sports. I had to sign up for something, and cross-country was the only sport that didn’t require calisthenics, which I hate.

On the first day of practice, I set a new record for the longest it had ever taken anyone to run the cross-country course. As far as I know, my record still stands today.

After my humiliating first run, I started what I called my “coffee diet.” The theory was simple: drink two cups of coffee with every meal, and don’t eat anything. In reality, I did eat a few hamburgers, so it was more like a low-carb diet.

The pounds fell off. By the end of the season, I was slim, fit, and still a lousy runner. In races, I always came in last.

But I got a varsity letter. Why? Because I always showed up, and I always finished. I worked so hard and improved so much that my letter should have been an “A for Effort.”

The future is the same way. If you give up, then you’re done. The future will be made by people who keep on running even if they don’t feel like it. They won’t quit.

2 Responses to Show Up for the Future